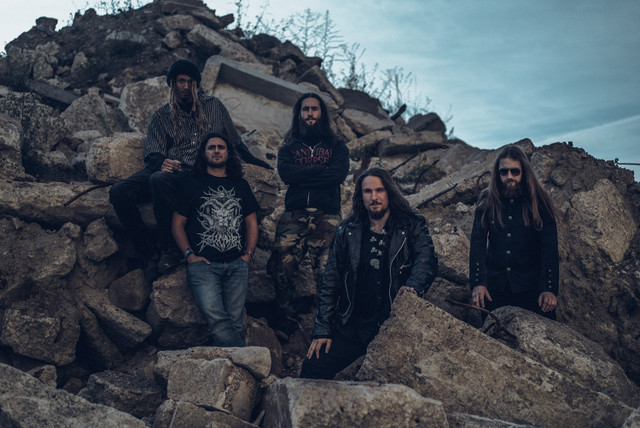 Set to unleash their debut full length album ‘The Fallen Sun’ officially on June 10th, Toronto, ON’s SLUDGEHAMMER have posted a new music video for their track ‘Carrion Eater’, which is one of eleven fist pounding tracks that features the dynamic vocal performances from lead vocalist Chris Szarota and bassist Dan Ayers, along with a showcase of mind bending guitar solos, heavy riffs and blistering drumming fury to follow up their 2014 EP ‘Organ Harvester’.
“Sludgehammer is proud to present ”Carrion Eater” as our first music video from ”The Fallen Sun”. This is one of the first songs we wrote for the record and it has become one of our favorites. It was an ambitious track to create as we were trying to combine a lot of different musical elements into a cohesive song. We eventually got it to the point where it is now, an energetic, venom spittin’ ,leg stompin’, headcrusher! It was a lot of hard work creating this record, but also a lot of fun. We’re hoping everyone can enjoy it like we do.” comments guitarist Jeff Wilson.The album was self-produced by the band and mixed by guitarist Tyler Williams and mastered by world renowned producer & engineer Lasse Lammert (Gloryhammer, Alestorm, Teramaze) at LSD Studio in Germany. 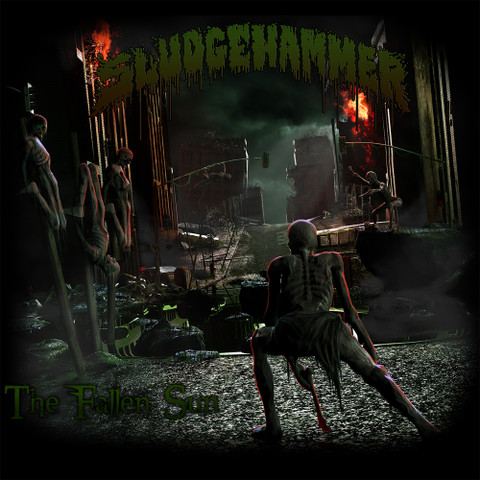