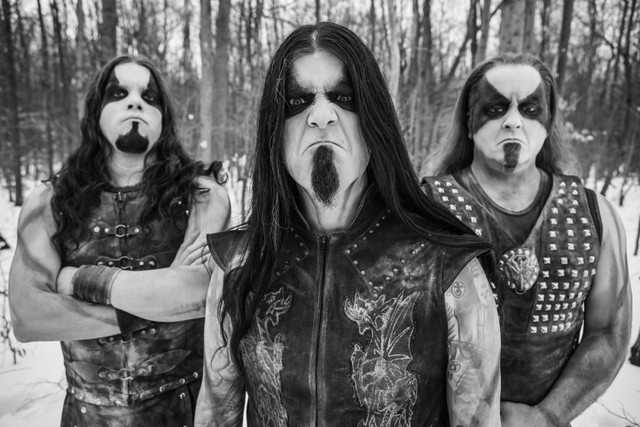 Canadian death metal masters NECRONOMICON have updated their dates for their first headlining tour across Canada since 2011 with support from technical death metallers Abiotic and epic death metal quartet Vesperia. The ‘Okkultis In Canada Tour’ presented by PureGrainAudio.com will kick off in Ottawa, ON on August 4th and head as far west as Vancouver to wrap up back east in Timmins, ON on August 26th (Note: Aug 27th in Oshawa Abiotic and Vesperia only). Following the cross Canadian tour, NECRONOMICON will meet up with Swedish black metallers MARDUK plus label mates Greece’s extreme metal titans ROTTING CHRIST and Dutch symphonic black metal trio CARACH ANGREN for their USA September tour.

NECRONOMICON unleashed their new album ‘Advent of The Human God’ this past March viaSeason of Mist.