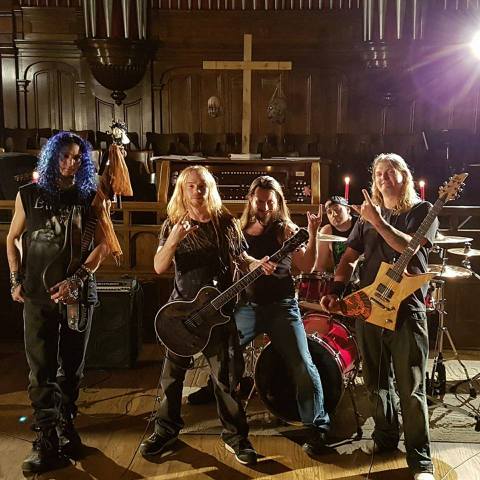 Hailing from Winnipeg, MB, DARK MESSIAH is a band of marauders blending the elements of metal, metal and more metal for the perfect soundtrack to the apocalypse. They present a listening experience that is soothing, calming, face melting, ear bleeding along with ball busting rock to gently pierce your brain. Their soul cleansing sound is the perfect thing to gracefully walk you through the collapse of a failed capitalist world burning to ashes in front of you. When it’s all said and done, Dark Messiah’s music will elegantly grasp you and escort you through the excruciating, agonizing abyss that is forever known as the gates of hell.

Unleashing their self-titled debut EP during November of last year, DARK MESSIAH reveals their new video for their track “No Soul To Sell” exclusively on Bravewords.com.

Watch it at the following link: http://bravewords.com/exclusives/videos/dark-messiah-debut-no-soul-to-sell

To get your digital copy, please visit one of these links iTunes, Google Play, Deezer, Bandcamp 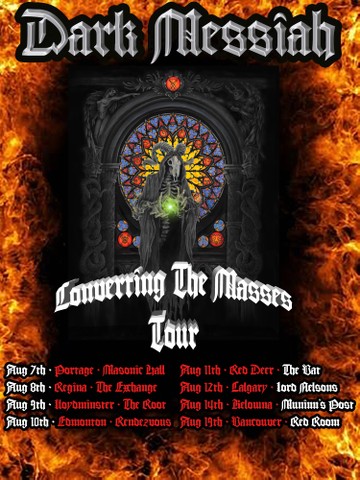 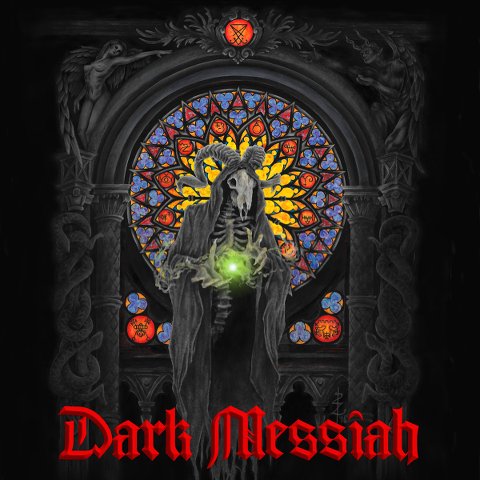 Hailing from the frozen tundra of Winnipeg, Manitoba, Canada is a band of metal marauders. A group of 5 each marking a point on a pentagram.

In the summer of 2015, guitarist Jonathan Hayward started forming a band that would be inspired by the great classic shredders of decades past. In a time and place where metal had become a sort of melting pot, a band slowly emerged and each member came together to turn back the clocks and rediscover the roots of heavy metal. That band would become what is now known as Dark Messiah.

Hayward recruited a drummer, a bassist and a rhythm guitarist and together their started to craft their sound that would make the band. On recommendation from the drummer, Stephen Chubaty was given an audition to become the vocalist and main lyricist to give voice to what Dark Messiah would become.

The band jumped onto the scene quickly. A very established bar that had been around about as long as rock n roll itself “The Zoo” announced it was closing. Jonathan and Stephen had never played the iconic venue before so the band set out to try and book a gig. Even though the group did not have a name yet and had barely been off the ground for a month, they decided to push forward.

With the gig fast approaching the need for a name was getting frustrating. In a conversation with a friend Hayward was asked what kind of band he was trying to help put together. “A classic metal inspired band, but one different than anyone else. a band that would bring back what once was.” He said. His friend responded with “Kinda like a chosen band.” as a joke. “Yeah but an evil one. Like a….dark messiah.” the name was solidified and the gig was officially booked.

In preparation for this goal the band worked hard together to make the show happen. Conflict and personality clashes led to the band’s first bassist to quit. They found a replacement to join the band a mere 12 days before the show. With original parts written and personalized by each member Dark Messiah took the stage.

In the end it was deemed a success. The band would go on to play more shows throughout the next couple of months but also had some more lineup changes. Lawrence Reimer was brought in to play rhythm guitar as the first member had to follow a different path. Lawrence’s drive helped push the band to it’s next level. Perfectly balancing the already established sound.

The band was shook to the core when it was forced to use the services of a fill in drummer due to unforeseen circumstances.

Even with all these issues arising the band never cancelled a show and never missed a beat. They eventually recruited the naturally talented Robert Schau on drums. A few months later the band was forced to once again replace a bassist right in the midst of recording. Lagg Walker joined the band and helped finish the E.P. The release debuted at #4 on Reverbnation for metal in Winnipeg and the next day made it to number #2. Now the band is stronger than ever and has their eyes set on touring throughout Canada in support of the EP come summer of 2017.