GearGods Premiere: ALL ELSE FAILS Video ‘The Sons of Plenty’ 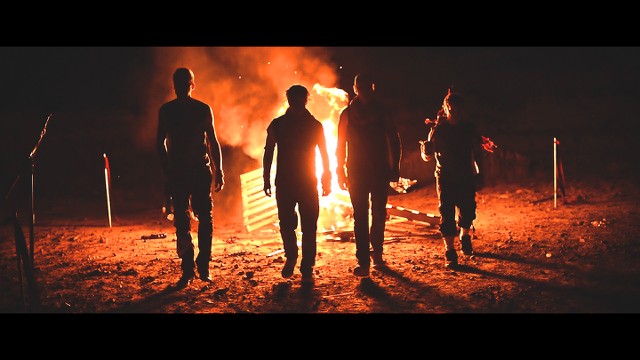 Coming out of Edmonton, Alberta, Canada, ALL ELSE FAILS is making a mark around the world for their aggressively dark brand of metal that is breaking the traditional ideals of their genre. Drawing comparisons to bands like As I Lay Dying, the band infuses their music with a variety of elements that includes experimental, classical, synth lines, and spoken word sampling to accent a unique blend of heavy as hell screams and shiver inducing clean vocals.

A high energy live show that sets them apart from their peers has garnered them appearances on numerous high level festivals over the years, including Van’s Warped tour, Boonstock and opening spots for artists like Protest the Hero, Cancer Bats, Dayglo Abortions, 3 Inches of Blood, Fear Factory, Threat Signal, Decapitated, Suffocation, and Arise & Ruin.

Gearing up for their follow up ‘The Forever Lie’ due out February 17, 2017, the band is proud to exclusively premiere their first single and new video ‘The Sons of Plenty’ via GearGods.

“I’ve been waiting my entire musical career to light my guitar on fire and smash a drumset to pieces with it. This video is fucking awesome.” comments vocalist/guitarist Barrett Klesko.

Watch ‘The Sons of Plenty’ at the following link: http://geargods.net/music-videos/all-else-fails-the-sons-of-plenty-official-music-video-premiere/ 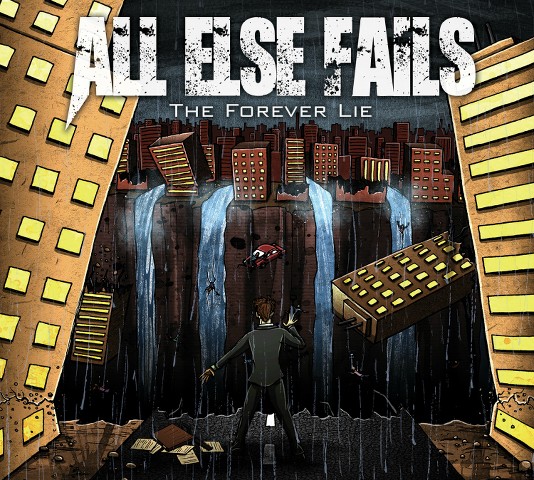 AEF will also be embarking on their first international tour, performing in India at Unmaad Fest & Alcheringa Fest (details below). 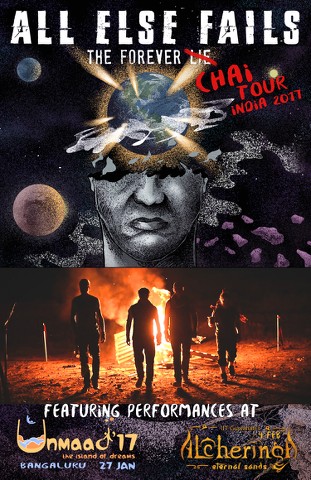