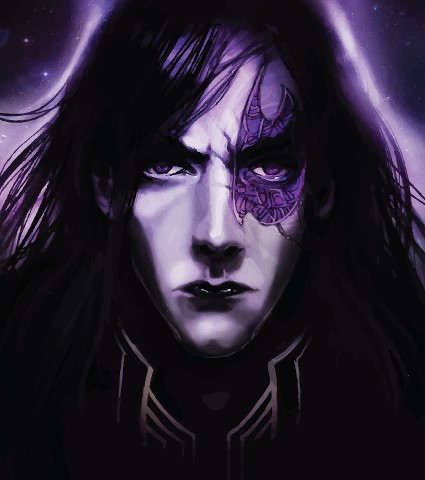 Montreal prog champs THE CHRONICLES OF ISRAFEL will be unleashing their long awaited sophomore album ‘A Trillion Lights, Tome II’ on October 15th via BOH Records to follow their 2007 debut ‘Starborn, Tome I’. The album features 13 tracks of progressive songwriting blended with incredible guitar riffs and symphonic piano rounded with melodic vocals for a cinematic music experience.

Teaming up with PureGrainAudio.com, TCOI is proud to premiere their next single ‘I Remember’, which can be heard at the following link: http://puregrainaudio.com/audio/the-chronicles-of-israfel-unveil-an-epic-progressive-metal-track-in-i-remember-exclusive

The project was on hiatus for several years due to demand and relocation to Los Angeles by founder/guitarist/vocalist Dominic Cifarelli (former guitar player for Pulse Ultra (Atlantic Records)). While in Los Angeles, Ciferalli was part of multiple projects that included touring with Scars on Broadway, which featured Daron Malakian and John Dolmayan of System of a Down, a collaboration with Lukas Rossi on the single “Headspin” that is featured on the album “Rockstar Supernova” starring Tommy Lee, Gilby Clarke and Jason Newsted, recording guitars and bass for Billy Ray Cyrus’ 2012 release “Change My Mind” plus performing on French platinum artist Zaho’s debut and sophomore albums, and recording two guitar solos on a Rush tribute album released by Magna Carta, which featured Sebastian Bach (Skid Row), Mike Mangini (Dream Theater) and Stu Hamm (Steve Vai). Other highlights in Cifarelli’s career include a featured guest guitar appearance with Cypress Hill and Travis Barker at the annual Smoke Out Festival in San Bernardino, CA that also featured Incubus, Living Colour and Manu Chao plus guest performances in 2013 with Chevelle in Las Vegas at the Hard Rock Hotel and Taproot at the Whiskey in Los Angeles.

For those in the Montreal area, THE CHRONICLES OF ISRAFEL will be hosting a CD Release show at Petit Cafe Campus on October 15th. Full details here.

About:
THE CHRONICLES OF ISRAFEL is the solo project of guitarist/vocalist Dominic Cifarelli (former guitar player for Pulse Ultra (Atlantic Records)). It was born during a very uncertain and difficult period leading up to the breakup of Pulse Ultra in 2004. Many late night solo jam sessions combined with the constant viewing of violent Japanese Anime movies helped form the sound of the sometimes brutal and very dark first concept album “Starborn, Tome I”. The album was written to focus on the main character Israfel in his search for a new home and self-discovery. ‘Starborn’ was released in June 2007 through Bridge of Hands Entertainment, an independent arts label dedicated to the development and the distribution of original art.

Now fast forward to 2016, nine years after ‘Starborn’ is released. TCOI is reborn beginning in 2014 with new material being written and released as singles / music videos during 2015 and early 2016, which is then followed with a handful of warm up shows in preparation for the official release of Cifarelli’s follow up and sophomore album ‘A Trillion Lights, Tome II’ due out October 15, 2016.