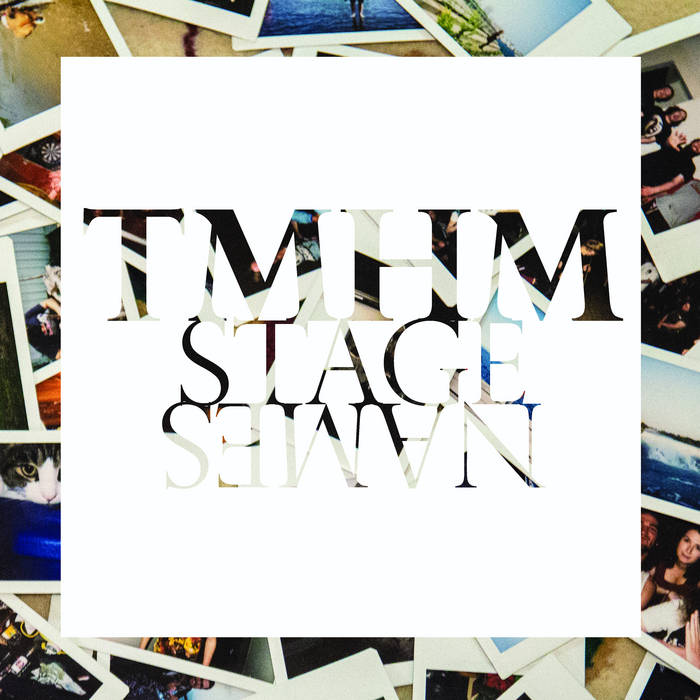 Regina, Saskatchewan (CA) Metallers TMHM have partnered with New Noise Magazine for the premiere of “Bad Luck in Belleville,” a song from forthcoming album Stage Names. Stream it at http://newnoisemagazine.com/song-premiere-tmhm-bad-luck-belleville/

TMHM will release their full-length debut album Stage Names on August 17. Pre-order it at http://themanandhismachine.bandcamp.com/album/stage-names-2.
The Official Music Video for new single “18oz” can be viewed at the following link https://www.youtube.com/watch?v=1lWOUXhCD6I.
TMHM (formerly The Man and His Machine) is a four-piece metal band. The group combines punk, hardcore, thrash metal, and rock with gritty word-heavy vocals to produce a chaotic and dynamic sound. On August 17 the band will mark their sixth release with their debut full length album Stage Names, recorded at Rain City Studios in Vancouver, BC with Stu McKillop (Daggermouth, Youth Decay) and his team of engineers. 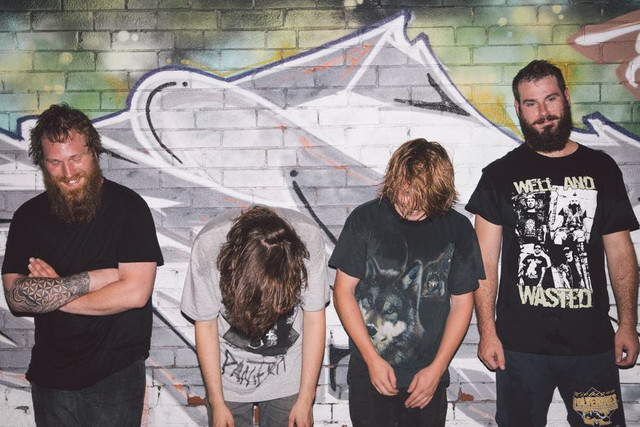 Catch TMHM on their Eastern Canadian Tour, starting August 5. Dates are as follows. 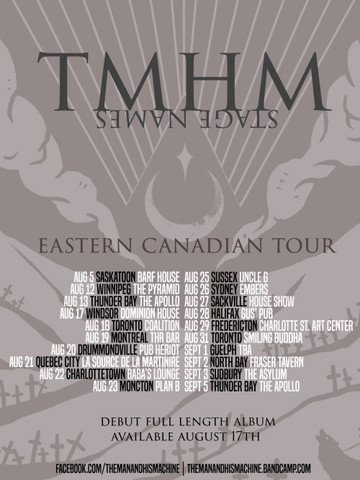