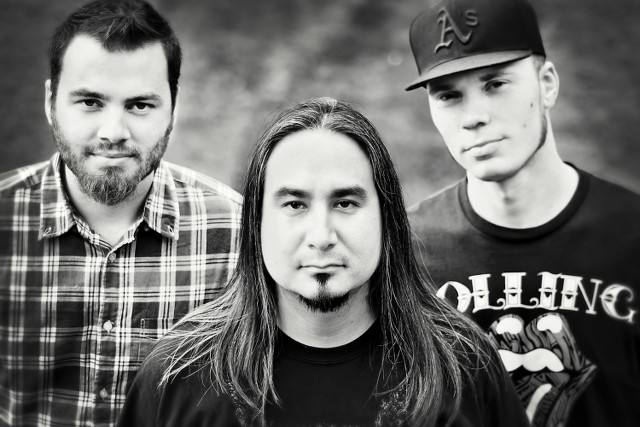 Ottawa, ON’s LONGHOUSE came into being in 2013 when guitarist Marc Casey and bassist/vocalist Joshua Cayer turned their long-standing song-writing partnership into a full band with drummer Mike Hache to complete their circle of dark, riffy, heavy textured doom metal. They released their debut album ‘Earth from Water’ in 2015, a spiritual odyssey into the perseverance of the human spirit and the lessons we can learn from the natural world.

In November 2016, LONGHOUSE returned to Wolf Lake Studios to record with Mike Bond (Loviatar, Norilsk, Arms of the Girl) once again as producer and engineer for the outcome to be their sophomore album entitled “II: Vanishing”. The album continues the pleasing progression of their debut while retaining the band’s core sound of heavy, intricate riffs, splashed with a touch of post-metal to guide you on a dark and visceral journey spanning nearly 40 minutes over five tracks.

“II: Vanishing has a logical evolution that is evident in the composition, as well as production. I also think that fans should take a moment to reflect on some of themes that are threaded throughout the album.”says vocalist / bassist Joshua Cayer. “The bulk of my ideas musically and lyrically come from exploring Indigenous ways of knowing. I am Algonquin First Nations. My family’s community is Kitigan Zibi, outside of Maniwaki, QC. However, I grew up in the city, mostly detached from my culture. As a father, I have been trying to immerse myself in the stories, wisdom, and strength of our Elders, knowledge keepers and story tellers, so that I can pass that on to my daughters. Because this takes up so much space in terms of who I am, and who I am becoming, it plays a very large part in terms of influences I draw upon.”Those influences can be heard in LONGHOUSE‘s first single “No Name, No Marker”, a song written for the voiceless Indigenous children who were abused and died while forced to attend residential schools in Canada and were buried in unmarked graves.

“No Name, No Marker” streaming at https://longhouse1.bandcamp.com/track/no-name-no-marker-2

“II: Vanishing” will be unleashed digitally on April 14th via their Bandcamp with physical cassette release June 2017 (date to be determined) via Sunmask Records. 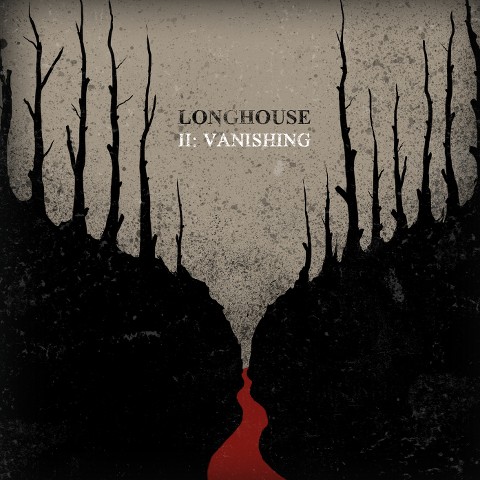