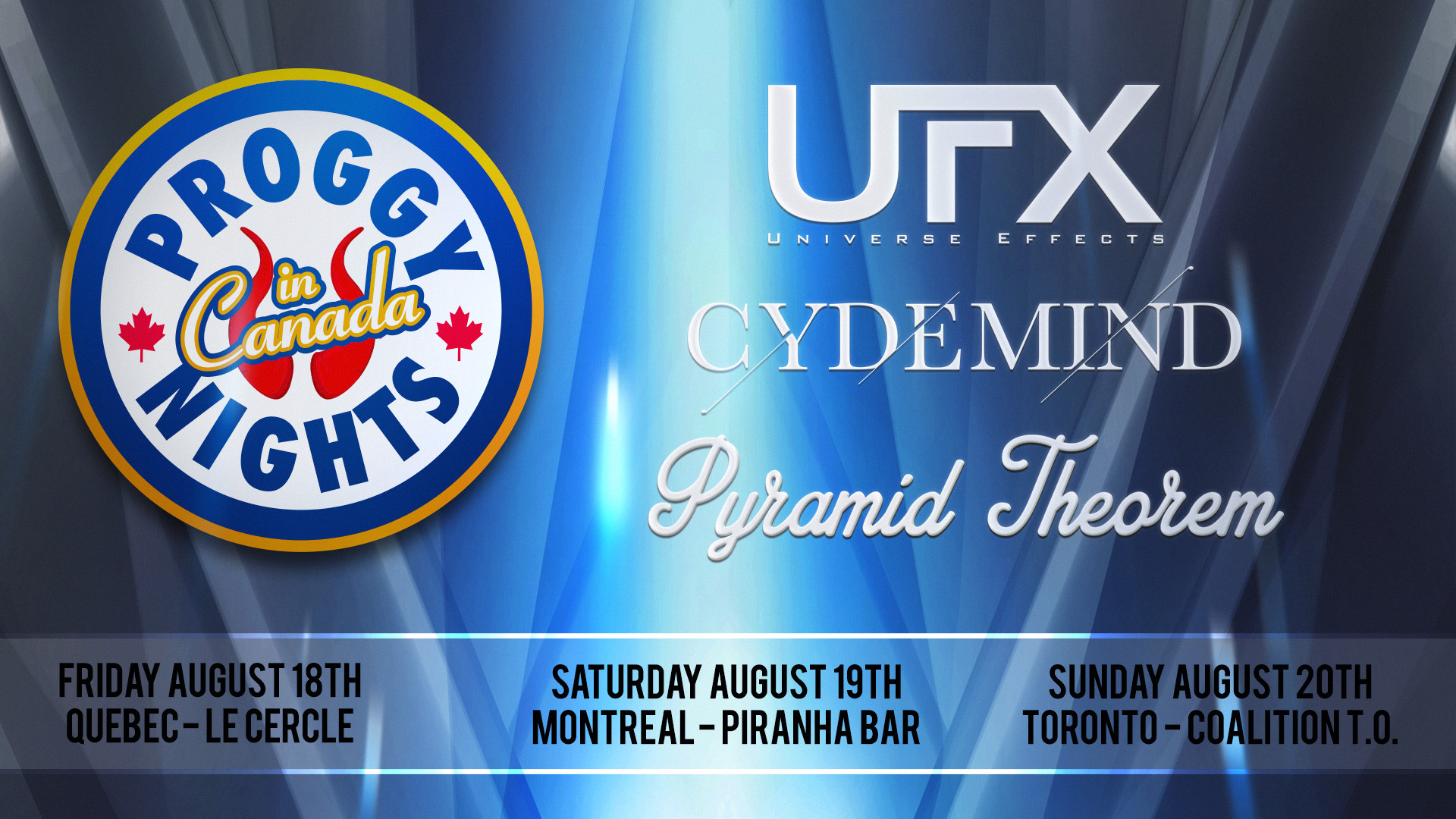 Three of the most promising canadian progressive bands
will be sharing the stage on a 3-night event called Proggy
Nights in Canada. The trio consisting of CYDEMIND,
PYRAMID THEOREM and UNIVERSE EFFECTS will visit
Québec City on Friday August 18th, Montreal on the 19th
and the next day in Toronto. Each band will be headlining in
its corresponding town.
‘’We are ecstatic to share the stage with these phenomenal
groups on this tour’’ says CYDEMIND bassist Nico Damou-
lianos. ‘’The talent showcased here is outstanding. Proggy
Nights in Canada is an event you cannot miss!’’
In addition, progressive metal band FRACTAL CYPHER will
join the trio on stage during the Montreal show (August
19th) while INFINITE REPEAT will complete the lineup on
the Toronto show (August 20th).
CYDEMIND released their debut album Erosion on May
26th while PYRAMID THEOREM will launch their new
album Element of Surprise on July 14th. UNIVERSE
EFFECTS’ album In the Haze that Surrounds Us released on
February 25th 2015.
Tickets for the Quebec City show at Le Cercle are available
here :
https://lepointdevente.com/billets/proggyightsincanada
Tickets for the Montreal show at Piranha Bar and the Toronto
show at Coalition T.O. will be available at the door.
Québec August 18, 2017 Le Cercle
Montréal August 19, 2017 Piranha Bar
Toronto August 20, 2017 Coalition T.O.