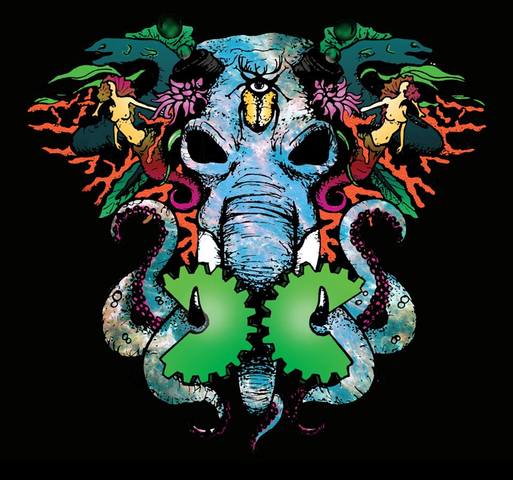 Counter Clockwork, a stoner/doom metal band from Moncton, New Brunswick released their debut self-titled album a few months ago. While I think it would be right to characterize them as stoner/doom metal, they have some thrash and hardcore elements in their music as well. The band they most remind me of is Red Fang. The opening track, Toasty, starts off with a doom metal riff that’s reminiscent of Black Sabbath, very moody and dark. The song slowly evolves into a faster paced, almost hardcore like tune when the vocals kick in. Other songs like Poptart and Drunkaholic have very Sabbath-like riffs interspersed throughout them on both guitar and bass, but the riffs are modernized and the production and overall vibe of the music is different enough to make this band transcend above the Stoner and Doom stereotype of “just a band that’s riffing on Black Sabbath again”.

The vocals are where things really start to make the band stand out from other stoner rock bands. At times the vocals sound a lot like the rougher vocals that Red Fang employs. While the vocals are grungy, raw and filled with energy I’d almost prefer if the band employed some other vocal styles throughout some of the tracks. Some melodic touches here and there would have been good or more use of backup vocals would add much more to the music and possibly allow a wider audience to be met outside of just the stoner rock/metal fanbase. The vocals are great and fit all the way through though, they are raw and visceral which fits with the overall rawness of the recordings.

My only gripe with the production is in certain tracks I felt some ear fatigue. There isn’t much dynamic range in the music, it’s very compressed sounding all the way through and at times certain guitar licks got lost in the background. However, it does fit pretty well with the stoner/doom lo-fi aesthetic, and for a band’s debut album it’s a pretty solid release. If you are a fan of Stoner Rock or Doom Metal then there’s so much to enjoy from Counter Clockwork. They play with what you expect from the typical stoner rock band but they blend all the stereotypes in with a hardcoreish attitude and production so it sounds fresh.